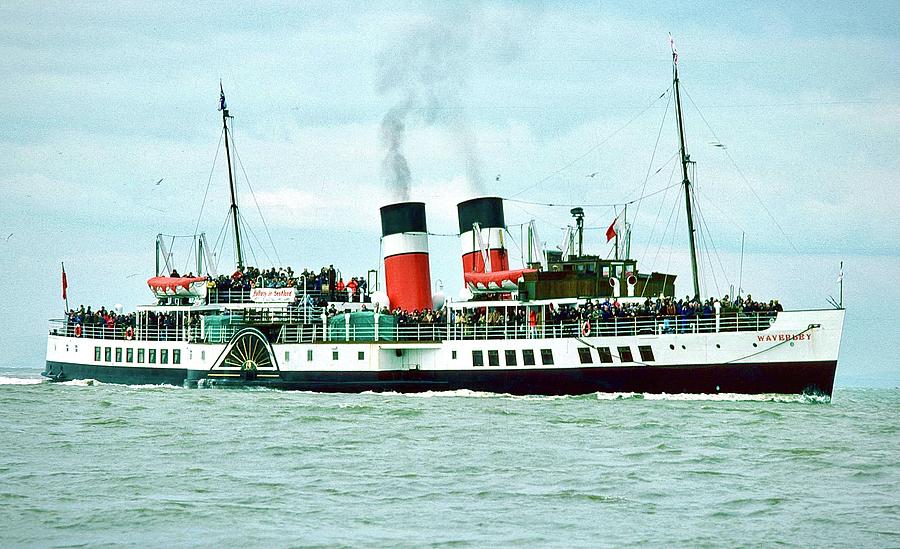 PS Waverley is the last seagoing passenger-carrying paddle steamer in the world. Built in 1946, she sailed from Craigendoran on the Firth of Clyde to Arrochar on Loch Long until 1973. Bought by the Paddle Steamer Preservation Society (PSPS), she has been restored to her 1947 appearance and now operates passenger excursions around the British coast.

In 2019, Waverley was withdrawn from service due to boiler problems. An appeal was subsequently launched with a target of £2.3 million to recommission Waverley. It was announced on 11 July 2019 that new boilers had been ordered from Cochran Ltd. Following a successful boiler refit, Waverleyreturned to sea on 13 August 2020 for sea-trials, and resumed service for a short season starting on 22 August. This was cut short after she crashed into the pier at Brodick on 3 September, damaging her bow. This image was taken in 1977 by Gordon James and catches her about to enter the Fleetwood Harbour in Lancashire, England.