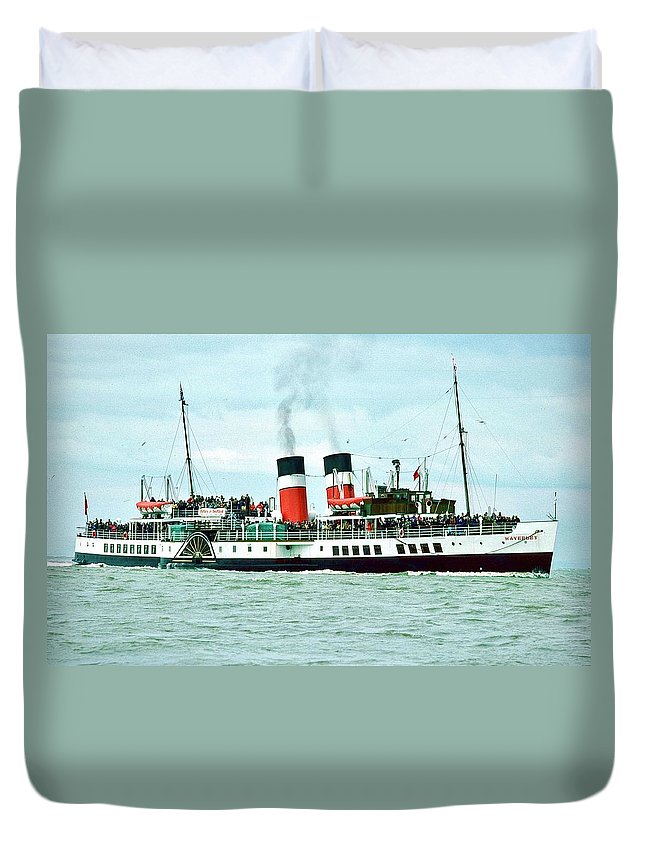 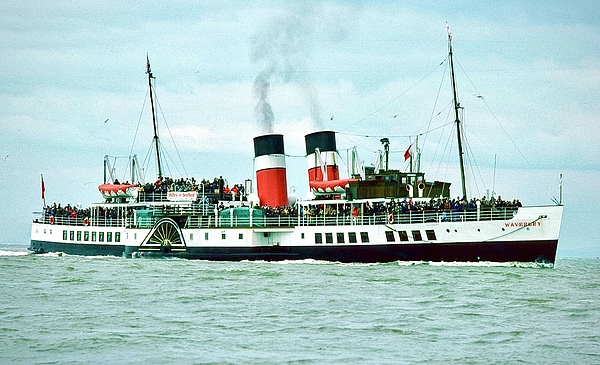 Queen duvet cover (88" x 88") featuring the image "PS Waverley Paddle Steamer 1977" by Gordon James. Our soft microfiber duvet covers are hand sewn and include a hidden zipper for easy washing and assembly. Your selected image is printed on the top surface with a soft white surface underneath. All duvet covers are machine washable with cold water and a mild detergent.

PS Waverley is the last seagoing passenger-carrying paddle steamer in the world. Built in 1946, she sailed from Craigendoran on the Firth of Clyde to... more

PS Waverley is the last seagoing passenger-carrying paddle steamer in the world. Built in 1946, she sailed from Craigendoran on the Firth of Clyde to Arrochar on Loch Long until 1973. Bought by the Paddle Steamer Preservation Society (PSPS), she has been restored to her 1947 appearance and now operates passenger excursions around the British coast.Since 2003, Waverley has been listed in the National Historic Fleet by National Historic Ships UK as "a vessel of pre-eminent national importance".In 2019, Waverley was withdrawn from service due to boiler problems. An appeal was subsequently launched with a target of £2.3 million to recommission Waverley. It was announced on 11 July 2019 that new boilers had been ordered from Cochran Ltd. Following a successful boiler refit, Waverleyreturned to sea on 13 August 2020 for sea-trials, and resumed service for a short season starting on 22 August. This was cut short after she crashed into the pier at Brodick on 3 September, damaging her bow. Thi...

This is the official website of the artist Gordon James who uses his 50+ years of photographic skills and experience to highlight the beauty of photography and as an art form to create prints, home decor, apparel and more to be made from his wide range of images.