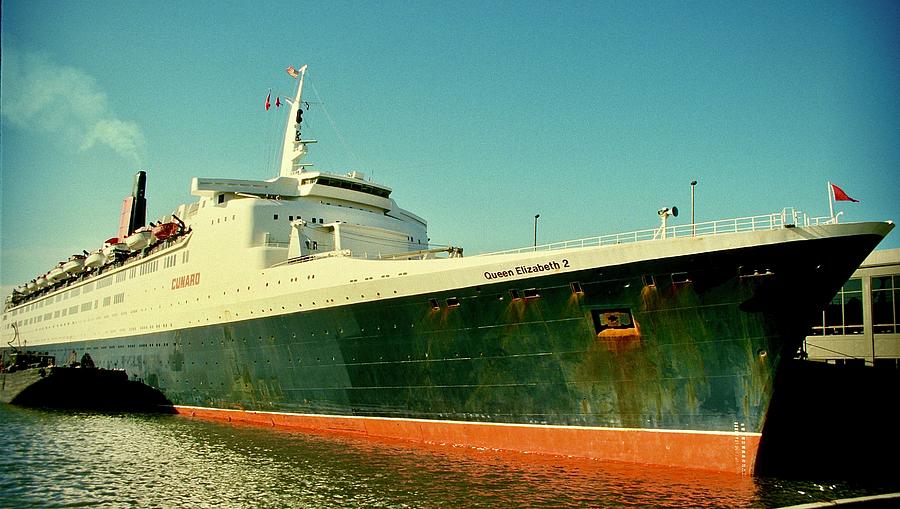 Queen Elizabeth 2, often referred to simply as QE2, is a retired British ocean liner converted into a floating hotel. Originally built for the Cunard Line, Queen Elizabeth 2 was operated by Cunard as both a transatlantic liner and a cruise ship from 1969 to 2008. It was then laid up until converted and since 18 April 2018, she has been operating as a floating hotel in Dubai. In the image above, she is docked in New York City in the summer of 1984.