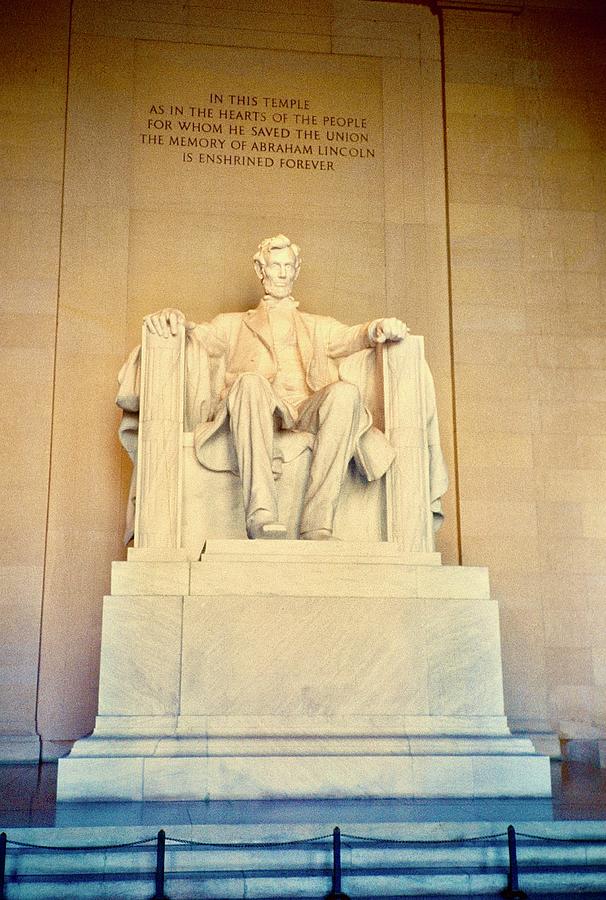 The Lincoln Memorial is a US national memorial built to honor the 16th President of the United States, Abraham Lincoln. It is located on the western end of the National Mall in Washington, D.C., across from the Washington Monument. Taking the form of a neoclassical temple, the memorial's architect was Henry Bacon. The designer of the memorial interior's large central statue – Abraham Lincoln, 1920 – was Daniel Chester French; the Lincoln statue was carved by the Piccirilli Brothers.[3] The painter of the interior murals was Jules Guerin. Dedicated in May 1922, it is one of several memorials built to honor an American president. It has always been a major tourist attraction and since the 1930s has been a symbolic center focused on race relations.