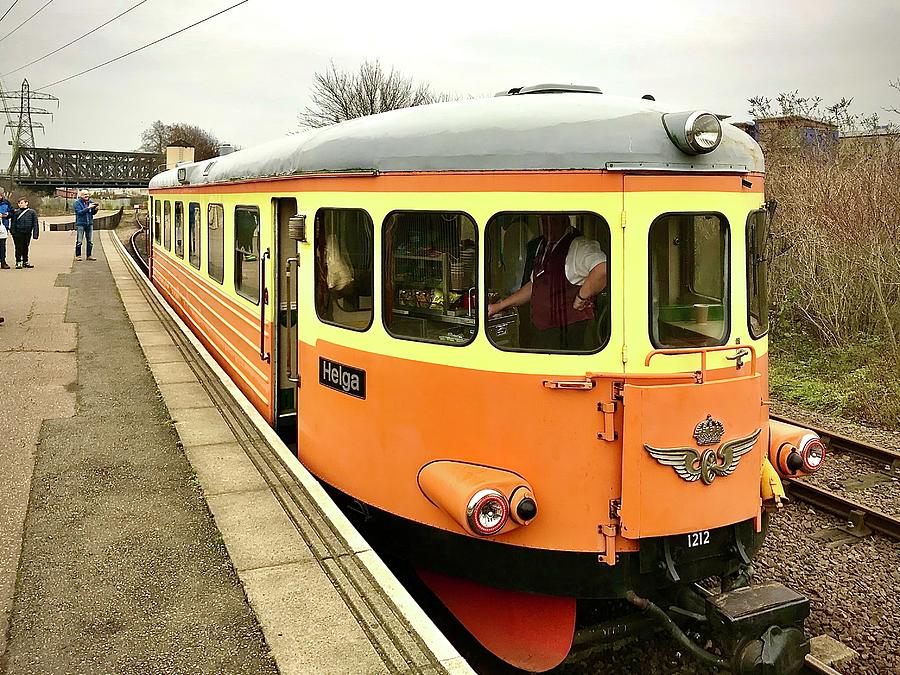 Helga One unit 1212 is the only Y7 diesel railcar preserved in the UK in 1985, and is now operated by The International Railway Preservation Society It has been returned to working order and following a move back to the Nene Valley Railway (NVR) won the Railcar Associations Railcar of the Year Award 2012.
The Y7 was a variant of the Y6 diesel railcars operated by Statens Jamvagar (SJ) of Sweden. 378 motor cars and 321 trailers were delivered between 1953-61 by Hägglund & Söner, Svenska Järnvägsverkstäderna, Kalmar Mekaniska Verkstad and Eksjöverken. They were used throughout the unelectrified Swedish rail network during the 1950s to the 1980s.
In 1981 five units were sold from SJ to the Norwegian State Railways, where they were designated NSB Class 89 and used on the Flekkefjord Line. In Sweden the units were replaced by the Y1 railcars in the 1980s