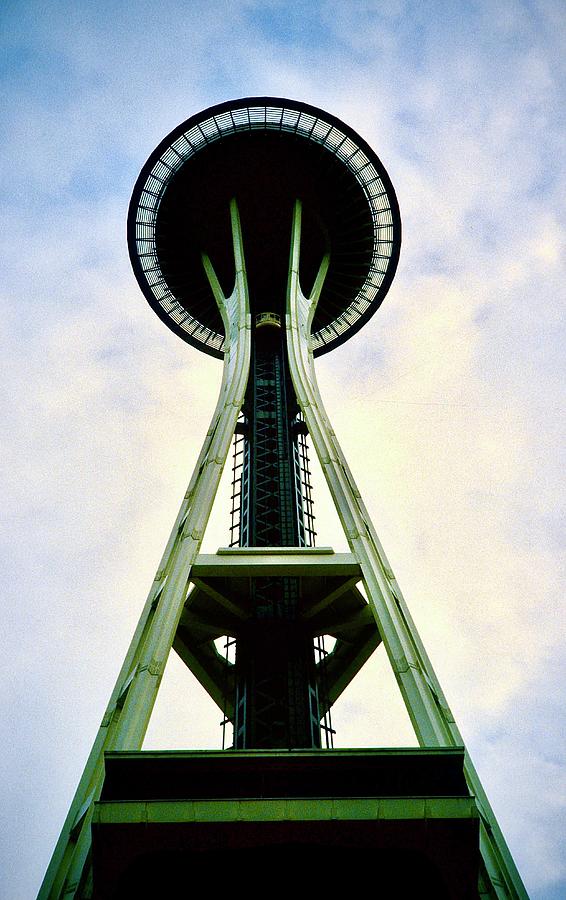 The Space Needle is one of the most recognizable landmarks in the world and is a treasured Seattle icon. Built for the 1962 World’s Fair—the Century 21 Exposition whose theme was “The Age of Space”—the tower’s futuristic design was inspired by the idea that the fair needed a structure to symbolize humanity’s Space Age aspirations. Since its grand opening on April 21, 1962, the landmark continues to symbolize the innovative and forward-thinking spirit of Seattle. Located at Seattle Center, the Space Needle stands at 605’ tall and is one of the most photographed structures in the world.

The Space Needle features an observation deck 520 ft (160 m) above ground,[7] providing views of the downtown Seattle skyline, the Olympic and Cascade Mountains, Mount Rainier, Mount Baker, Elliott Bay, and various islands in Puget Sound. Visitors can reach the top of the Space Needle by elevators that travel at 10 mph (16 km/h), completing the ascent in 41 seconds (they are slowed to 5 mph (8.0 km/h) on windy days). On April 19, 1999, the city's Landmarks Preservation Board designated the tower a historic landmark.