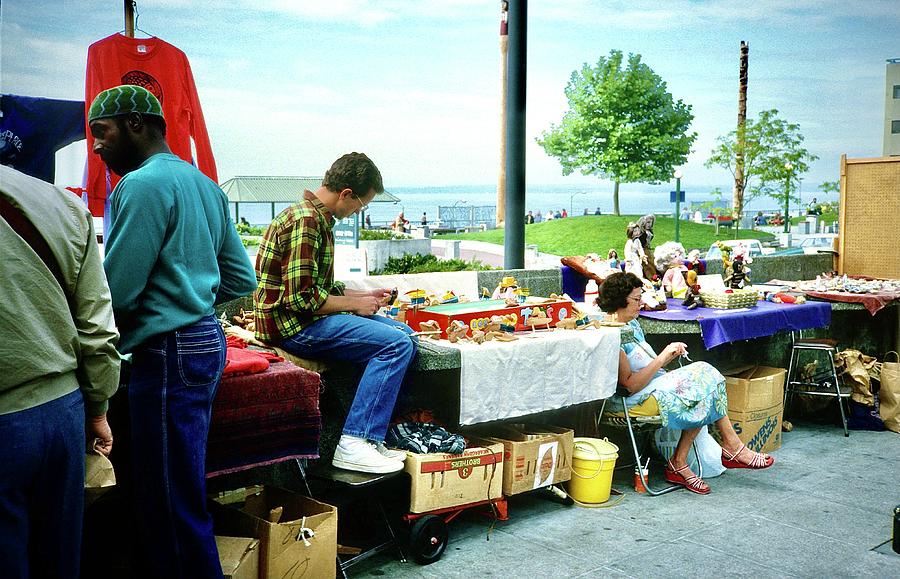 
Pike Place Market is a public market in Seattle, Washington, United States. It opened on August 17, 1907, and is one of the oldest continuously operated public farmers' markets in the United States. Overlooking the Elliott Bay waterfront on Puget Sound, it serves as a place of business for many small farmers, craftspeople and merchants. Named after the central street, Pike Place runs northwest from Pike Street to Virginia Street. Pike Place Market is Seattle's most popular tourist destination and the 33rd most visited tourist attraction in the world, with more than 10 million annual visitors.