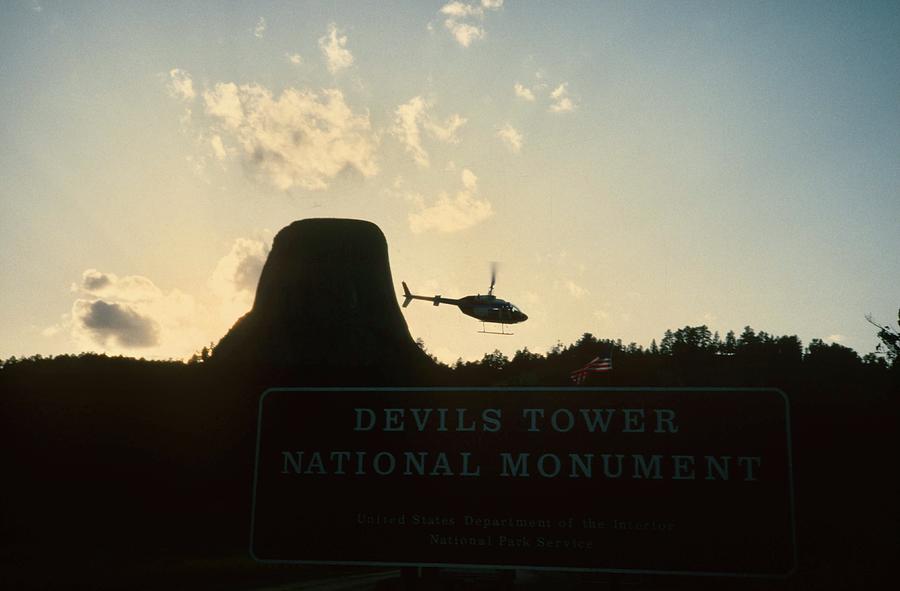 Devils Tower (also known as Bear Lodge Butt is a butte, possibly laccolithic, composed of igneous rock in the Bear Lodge Ranger District of the Black Hills, near Hulett and Sundance in Crook County, northeastern Wyoming, above the Belle Fourche River. It rises 1,267 feet (386 m) above the Belle Fourche River, standing 867 feet (265 m) from summit to base. The summit is 5,112 feet (1,559 m) above sea level.

Devils Tower was the first United States national monument, established on September 24, 1906 by President Theodore Roosevelt. The monument's boundary encloses an area of 1,347 acres (545 ha). It is famously known for its predominance in the film "Close Encounters of the Third kind".