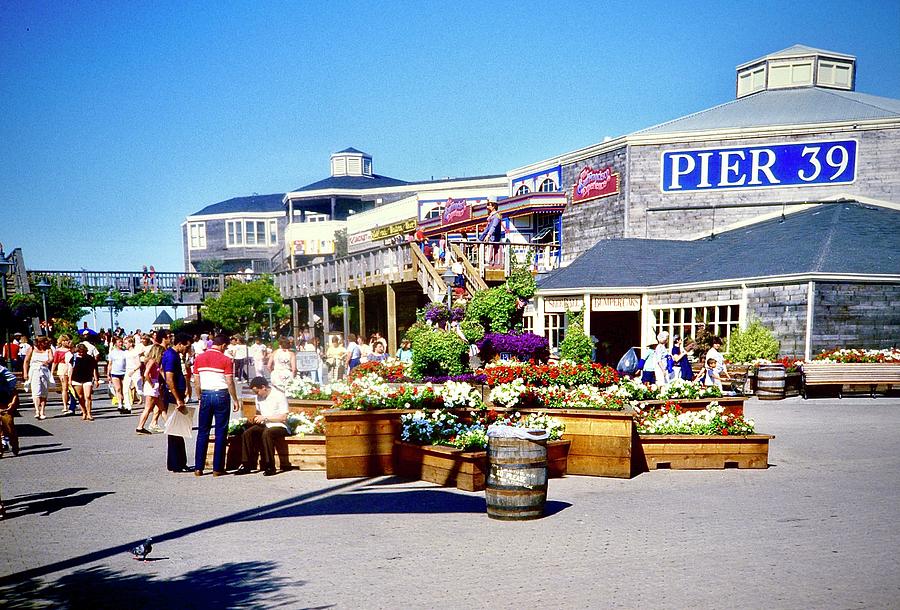 Pier 39 is a shopping center and popular tourist attraction built on a pier in San Francisco, California. At Pier 39, there are shops, restaurants, a video arcade, street performances, the Aquarium of the Bay, virtual 3D rides, and views of California sea lions hauled out on docks on Pier 39's marina. A two-story carousel is one of the pier's more dominant features, although it is not directly visible from the street and sits towards the end of the pier. The family-oriented entertainment and presence of marine mammals make this a popular tourist location for families with kids.

The pier is located at the edge of the Fisherman's Wharf district and is close to North Beach, Chinatown, and the Embarcadero. The area is easily accessible with the historic F Market streetcars.

From the pier one can see Angel Island, Alcatraz Island, the Golden Gate Bridge, and the Bay Bridge. Blue & Gold Fleet's bay cruises leave from Pier 39.

California sea lions have always been present in San Francisco Bay. They started to haul out on docks of Pier 39 in September 1989. Before that they mostly used Seal Rock for that purpose. Ever since September 1989 the number of sea lions on Seal Rock has been steadily decreasing, while their number on Pier 39 has generally increased. Some people speculate that sea lions moved to docks because of the 1989 Loma Prieta earthquake, but the earthquake occurred months after the first sea lions had arrived at Pier 39. It is likely that the sea lions feel safer inside the Bay.